From the Japan Air Self-Defense facilities, we were on the road again, first by motor coach then by Shinkansen or bullet train. Bullet trains have been used in Japan since the 1960s. We are WAY behind on this technology and ability to travel with speed.

We had lunch at Dango-zaka rest area and it was like a Buc-ees! They had food, souvenirs, lovely restrooms and gas. What else can you ask for? The dining there was a food court situation and as I looked through the picture menus (my reading of Japanese is minimal) but I found a picture of  zaru soba (cold buckwheat noodles with a chilled broth) that struck a nostalgia nerve and I knew that was going to be my lunch. I was proud of my ability to order in Japanese and it be understood as well. This was only our first full day in Japan and I was very nervous about how rusty my Japanese speaking skills were.

Also, as I was waiting to put in my order, one of the folks on the trip was having communication issues on how to order his meal at the next restaurant over. They apparently order via a touch screen machine off to the side. You know how Americans tend to speak louder when there’s a language barrier? Apparently, it’s not just Americans! I was able to help translate what my fellow traveler was to do for this lovely couple (I can’t remember who it was, though) and they were able to order their meal. Proud moment there – my Japanese wasn’t as extremely rusty as I had thought!!

So, here’s my yummy lunch from the rest stop: 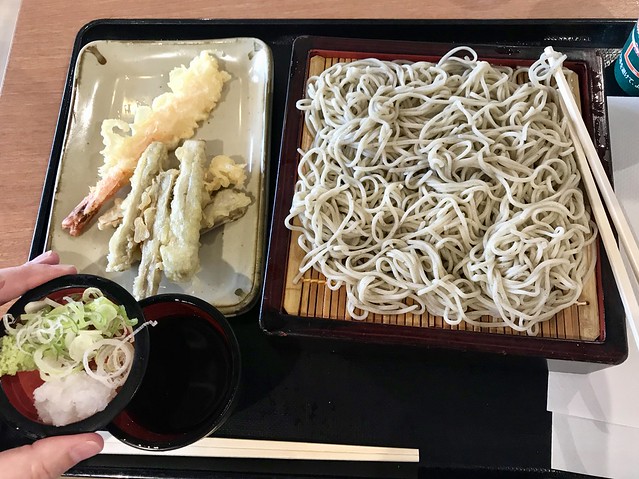 The broth is at the bottom left and you dump as much of the green onions, radish and wasabi into it as you’d like, then dip the noodles in before eat

ing. You dip your tempura in that broth as well. It obviously wasn’t homemade but it was certainly yummy!

Once we were done with eating and shopping (the first of many shopping stops) and taking pictures, we headed back on the bus to head to Oshino Hakkai and have a great view of Mount Fuji. There are 8 ponds there that are all fed from the water than comes off Fuji Yama and that water is COLD! The scenery is absolutely spectacular, even when she (Mount Fuji is thought to be a woman with many moods) isn’t wanting to cooperate and has covered herself over with clouds. Or maybe she was not sure what she was in for wit 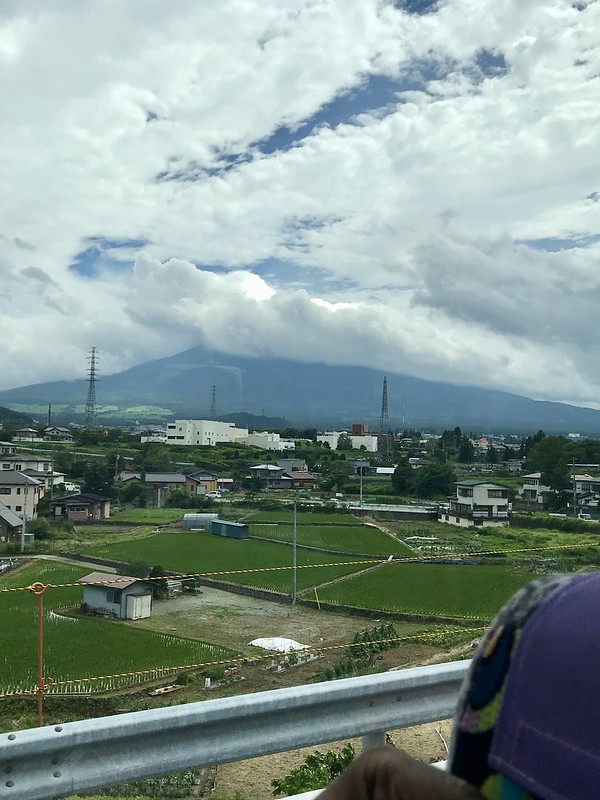 As we approached the area, we spotted a theme park with several large roller coasters. Six Flags over Mount Fuji anyone? 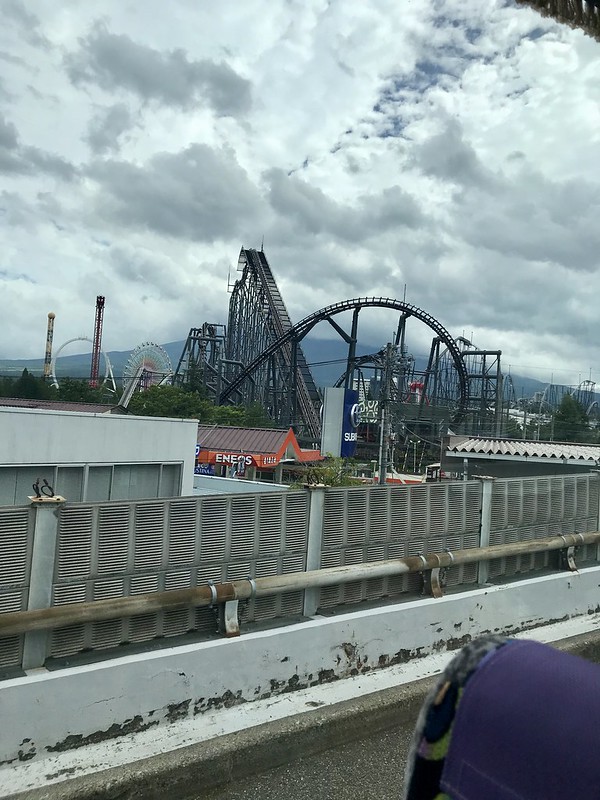 Of course, there was more shopping, lots of food and great scenery. Our hosts, Ken & Yuriko Murakami and Tomomi Kubo were also delightful in taking photos with as many of us! Many went ahead with hand signs of their respective universities but I choose the typical Japanese peace sign. I have too many university hand signs to deal with! 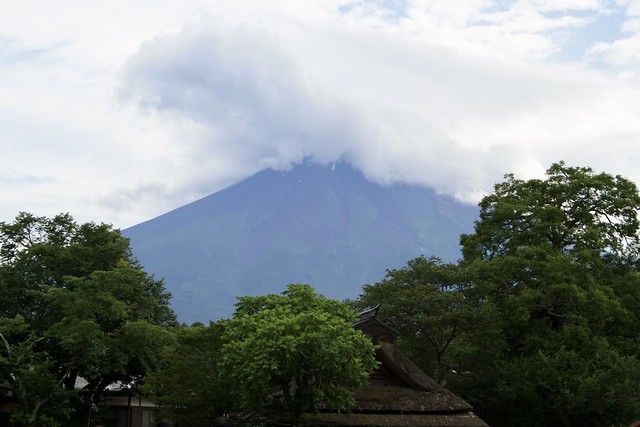 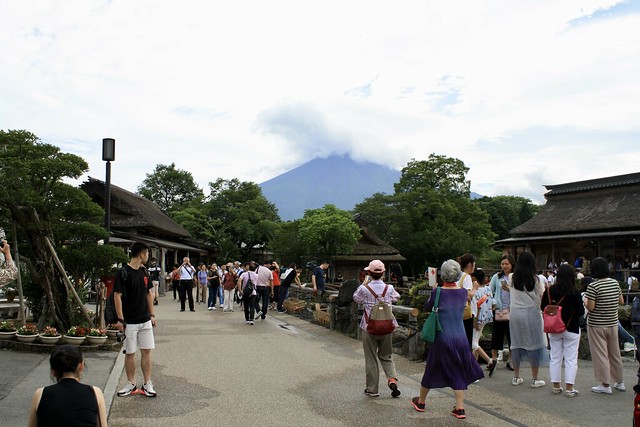 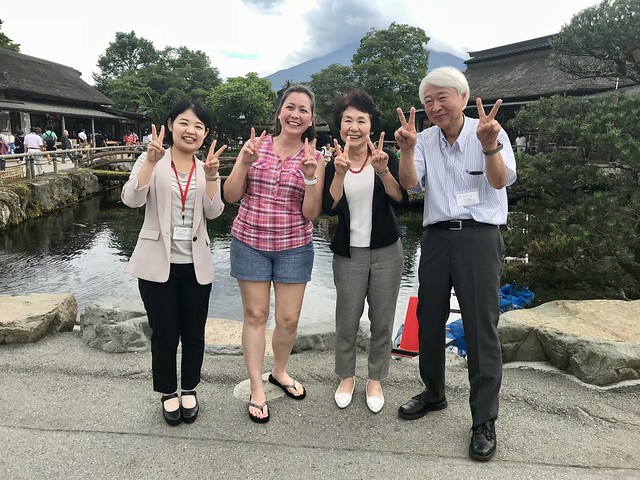 Once the shopping was done and pictures were taken, we were back on the road again to Mishima Station, where we’d take our first Shinkansen ride (bullet train)  to Hamamatsu. These bullet trains are SO fast! I got a video of one passing as we waited for ours. There is a chunk of it that is in slo-motion (I love the features of my iPhone!!) but understand that the train passed by in about 10 seconds. Crazy fast!! Often times, people commute via Shinkansen and on the way home, they need to eat dinner. So, you get a bento box and a beer and have a party on the train! Cliff and I had our own little bento box party. Here’s my bento box, complete with the actual wasabi root that you have to grind yourself. SO much more tasty! 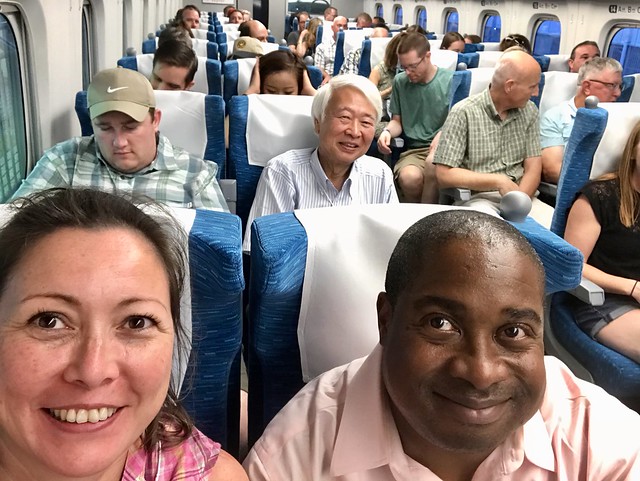 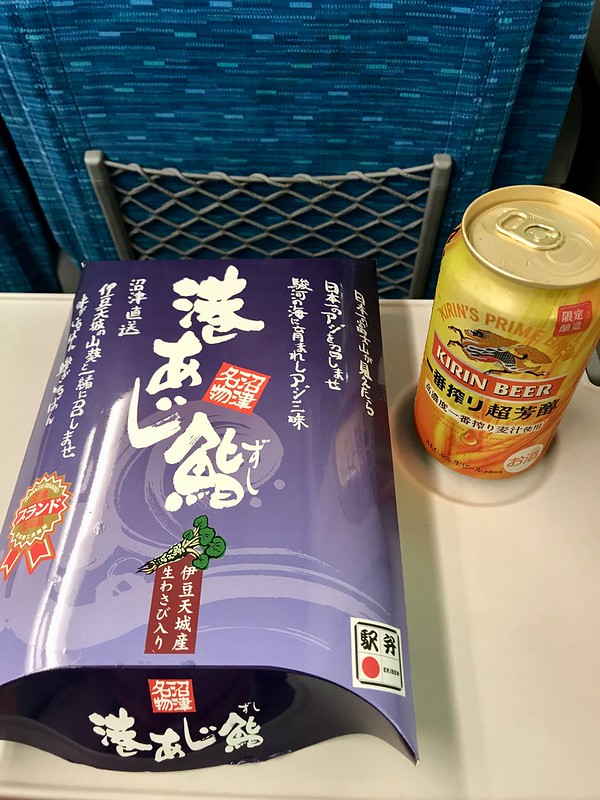 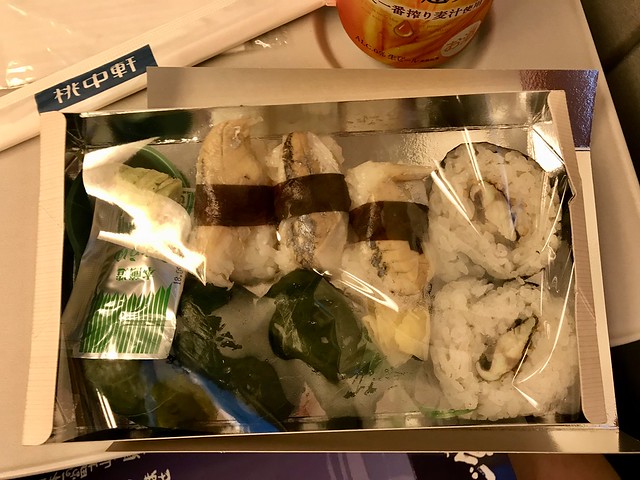 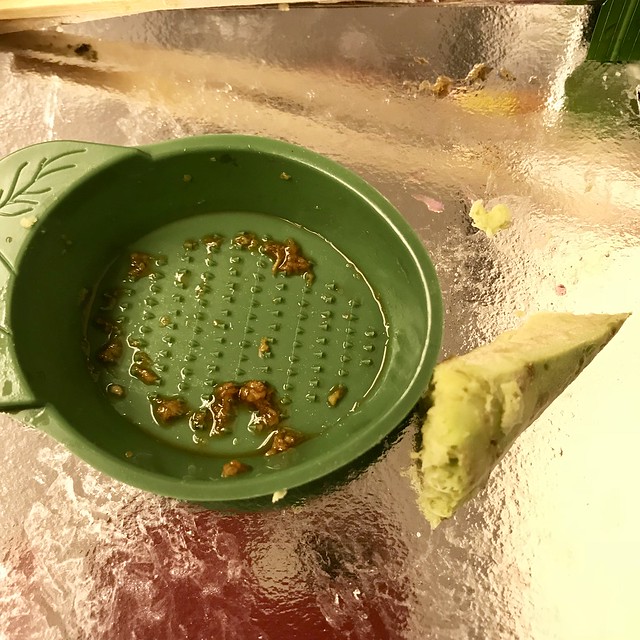 So that was our full first day in Japan. Next part of our journey are the several days we spent in Hamamatsu.

What do YOU want to say?

This site uses Akismet to reduce spam. Learn how your comment data is processed.